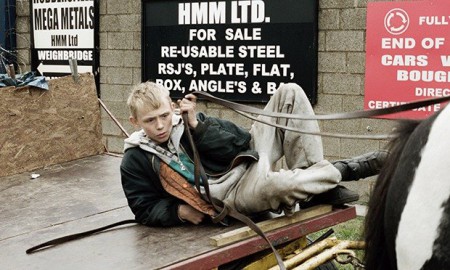 O, u kid’o, u lost your soul-mate pal and u pain so badly. Fukn unbearable that is!

Who is the giant now, who the midget? Rage on little fellow, rage on!

In to the cold rain, rage, cry and weep…

"The Selfish Giant" is easy to admire but difficult to recommend, because its vision of friendship, poverty and desperation is so stark. Written and directed by Clio Barnard, this film about adolescent boys who gather scrap to help their families is based on a fable by Oscar Wilde. But where Wilde's story summons warmly cathartic tears, the tears this film earns are colder and grimmer. Its outcome feels both unfair and inevitable.

The film is set in West Yorkshire in Northern England, against a backdrop of cooling towers and buzzing transformers. There's no hint of a healthy economy. This slice of life seems populated mainly by scavengers and people who used to scavenge but gave up...READ MORE...